It's been a while since my last catching-up post, so there's even more to catch up now. ;-p 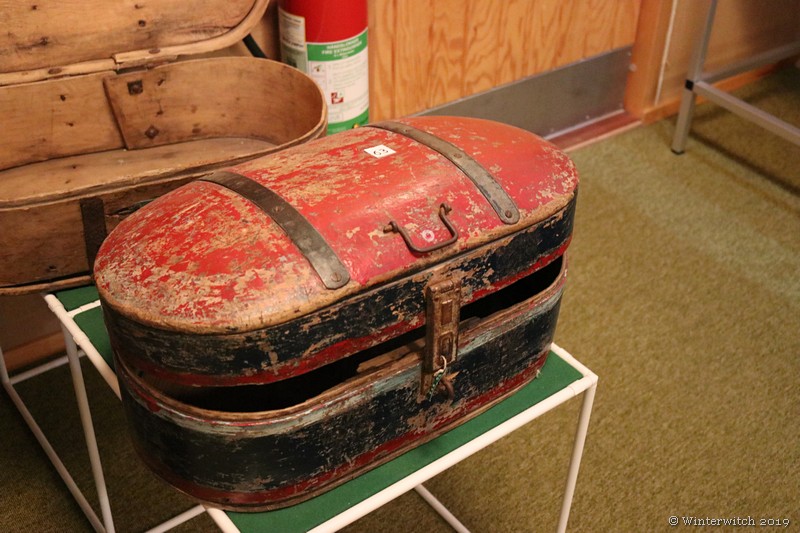 A Sámi storage box as seen in the Sámi museum at Kautokeino, Norway. These boxes were used by the nomadic Sámi to store their belongings in, and then strapped to the sides of their reindeer to move from one camp to the next. They're made of birch bark and are surprisingly sturdy and watertight. 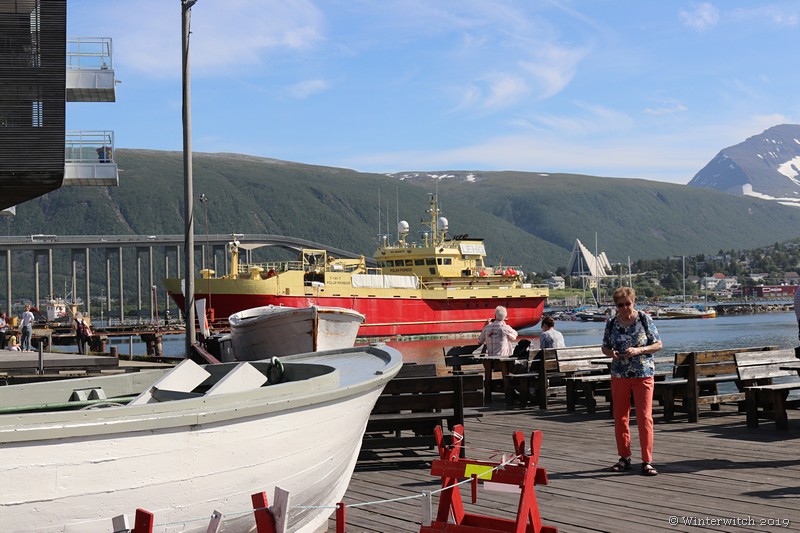 A very hot summer day in Tromsø, Norway, at the end of July, at 22°C/70°F, with lots of locals (sadly not in this pic) lounging outsisde enjoying the heat. This is no irony; temperatures like these are rare and unusual. The locals went about in shorts, t-shirts or tank tops and bare-footed in sandals or slippers, average tourists like us wore long trousers and socks but also t-shirts, and some more exotic tourists had bundled up in thick down anoraks, hats, scarves, mittens, and thick boots, seeking out sunny places. *g*
Yes, there is snow on the surrounding mountains. It was also much warmer than you'd expect at such temperatures, for we were just a few days over the midnight sun period, with the sun still up about 20 hours a day. I found it very interesting to experience the difference it makes if it's not cooling down at night, or if the night is too short for anything to cool down. 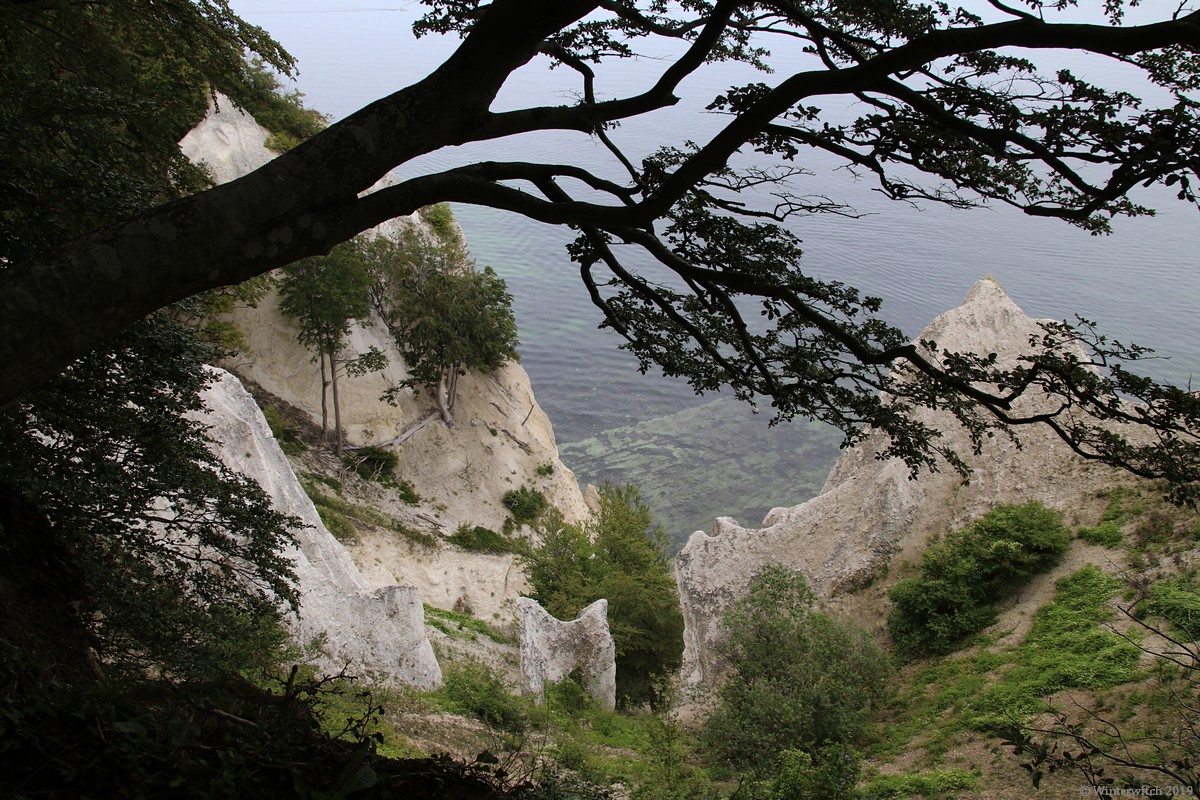 This summer, we visited the famous chalk cliffs on Møn island in Denmark. The island is typically very flat, and the terrain is only rising a few kilometres before the cliff. This creates a kind of microclimate in the soft slopes leading up to the cliff, where a huge, very old beech forest is growing. The result is a very cool and humid area even on really hot, sunny, days on the rest of the island. I didn't take a pic of the slopes and the wood, where you could see the mist hanging in between in some places,  so have this pic from the top of the cliff instead. ;o) I was standing on a wooden walkway on the top, at the edge of the humid forest, shivering in its clammy air despite the 27°C/80 °F just outside the forest. 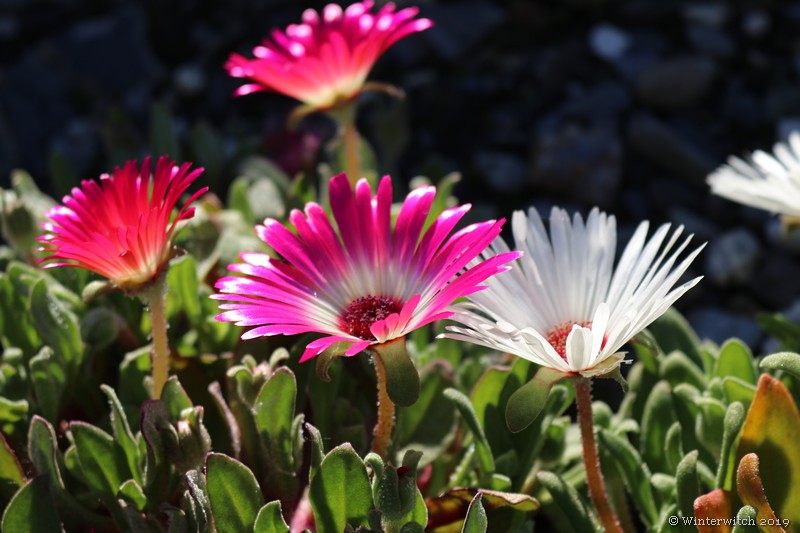 Midday flowers, here Carpobrotus, in the botanical gardens at Tromsø, Norway, enjoying the sunny evening. (Another of these weird polar summer experiences: it was 7p.m. and the sun was still as high up as it'd be around 3 p.m. in our region...) These originate from South Africa and are not really fond of freezing temperatures, but were growing here outside, much to Siljan's fascination. He has some in pots which need to overwinter inside in our climate; but we don't regularly get snow, so he figures this might be the difference, although our too dense, too humid soil also plays a role. 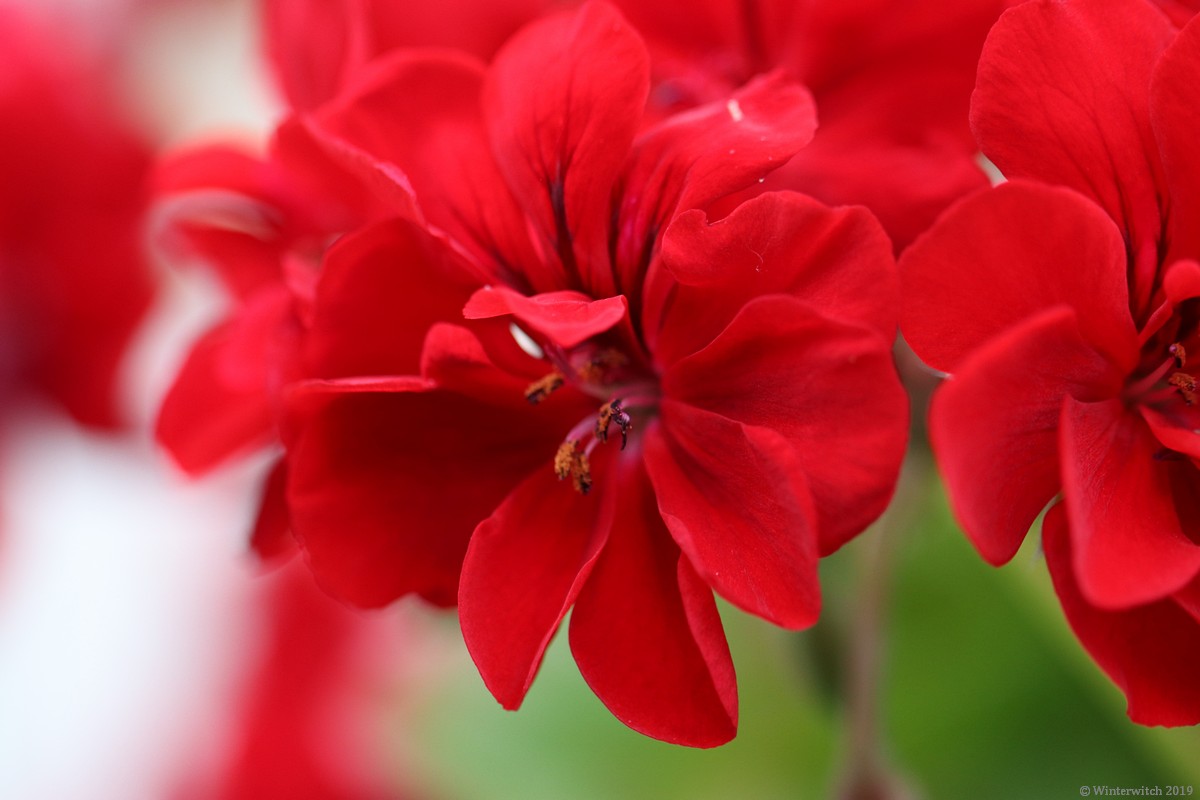 Just your average, bright red geranium. The pic is a glimpse of the abundance of the flowers this plant blessed us with again this year. I chose it as these kind of geraniums used to be THE typical, traditional summer flower in our parts to keep in window boxes and pots at the door, creating and abundance of bright ret spots with an abundance of blossoms everywhere all through summer.