Catching up: My girl delivering the ball to the basket: 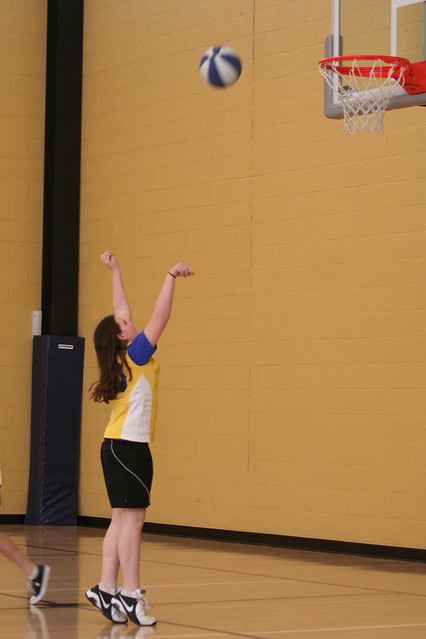 More catching up: I have no idea why the stepladder was left folded up next to my dresser, but here it is: 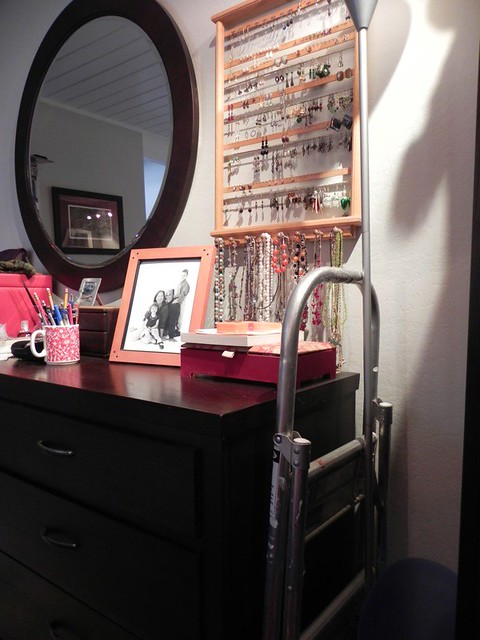 Those that know me, yes

curiouswombat I do mean you, will realise that I am getting in as early as possible as my first choice is something under the nose of, I suspect, most UK posters.

This is my blue recycling bin (paper, card, aluminium, tin, PET only) which is still quite a novelty as they were introduced here less than two years ago.

I think that qualifies for reduce, reuse and recycle as in the top right you will see a heap of chippings on some empty land. Last summer the house next door to the left had a major purge on overgrown, too crowded, trees. The tree surgeons shredded them and left them for the other nine houses to use. So that will Reduce our expenditure on bark etc. to put around trees, it will Recyle them into another use and they will be (Re)used.

And a couple more pictures. A couple of years ago the gardener who does the heavy stuff for me built me a couple of raised beds. However since then they have been used to compost lawn cuttings and have also had raw veg trimmings and the used up contents of Grow Bags added. So I thing that is Reduce (expenditure on compost) plus Reuse & Recycle.


This is the view of the Skye Bridge from the recycling centre in the next village.
Collapse