I am so enjoying seeing the photos of all the colours and all of their interpretations. Thank you everyone! You are doing a fabulous job!

Have a great week and have fun finding and taking pictures!

Just a wee bit late...the week got away from me.

This was at a local nursery. They remodeled a few years ago, and have a small restaurant and gift shop in a large greenhouse. This was the view looking upward from our table in the restaurant. 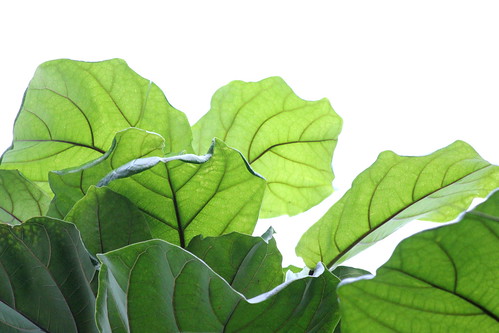 Wow, had these green photos sitting on the desk top all week and forgot all about uploading them to PB and posting. Here are my three contributions to "green". Considering what these same area look like now (end of January), it's hard to believe they look like this in early summer. :) I made them a little smaller so I could upload them more easily; I hope that didn't make them too small or fuzzy

I'll have to beg your indulgence for my blue photos, as these date back a few years. Whenever I hear mention of the Sea of Galilee, or Capernaum, as I did this morning in church, I always get a little nostalgic, thinking back to my trip to Israel in 2008. So I dug through my photos from the trip and came up with a few favorites. I think this week's challenge will show quite a variety of objects photographed against beautiful blue sky...

This first is my favorite view at Bet Shean, an archaeological site: 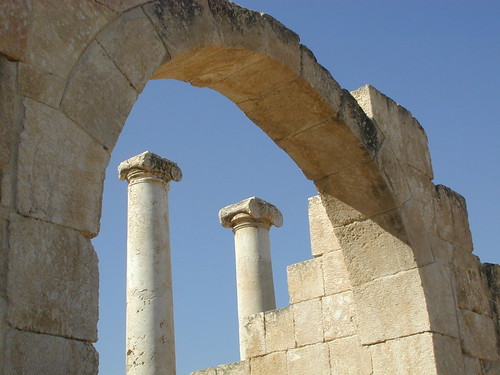 I took this picture at Wansford Station, on the Nene Valley Railway, when I was in England for a few days last July. I went to spend the day with a very old friend (met in the playground of the Montessori school in Autumn 1956!) and he decided this is where we would go for a day out.

This caught my eye:

I didn't look closely at it at the time, but having picked it out as a contender for blue, I started thinking about it. From the royal cypher GR it must date back to King George V (reigned 1910 - 1936) but the building it is in was built in 1995.
On the other hand it must be intended for use as otherwise the slot would have been blocked off to prevent rubbish being put in. And anyway why blue? Post boxes here are bright red. I e-mailed the railway but no reply......

This afternoon I had a bright idea. Why not try to enlarge the central panel which would have shown collection times plus the time of the next collection. And this is what I saw:

It is for children to post their letters to Thomas the Tank Engine!

This railway claims a particular association with Thomas as it is very near where the Rev. Awdry lived.

The other notable thing is that it isn't British gauge - it is continental (aka Berne) and it runs a selection of mainland European engines and carriages. http://www.nvr.org.uk/ 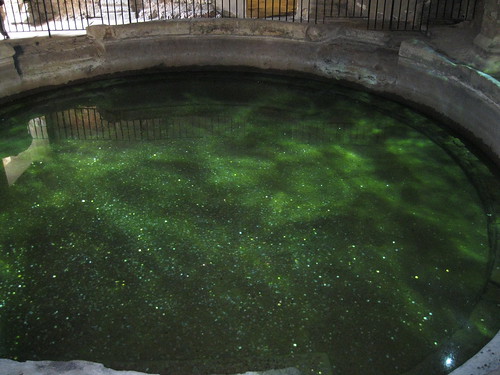 I have a load of pictures of green trees and shrubs, which remind me that there will be spring eventually, but a lot of you have already shared foliage for this prompt, so I wanted something a bit different. Oddly enough, it's another one from the Roman baths at Bath, a cold plunge pool this time. Very atmospherically lit, as you see!
Collapse