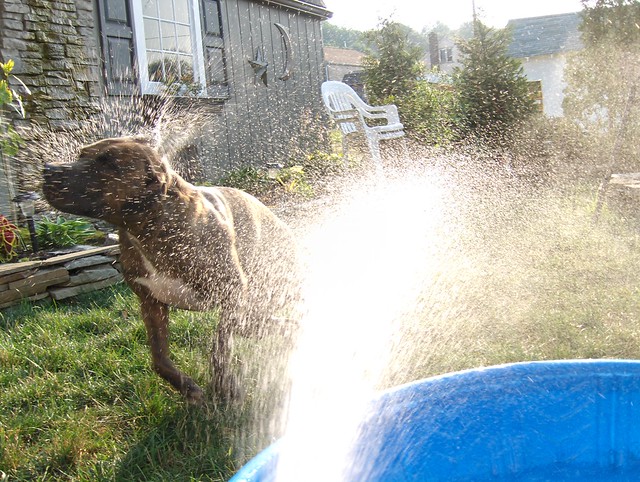 I was going to post an old photo, as I used to live on the Atlantic coast, however there have been some beautiful outdoor images already.  So, I thought I would post an indoor picture.

You all met Jiffy when I posted my "purple" picture ... well here he is again.  He has a minor skin problem so has to have a weekly bath - this was him 1/4 hour ago (I am almost as wet!)

I have a lot of shots of water, because like many desert-dwellers, I'm fascinated by the stuff.

I'll start with the incongruity of water IN the desert, the Tempe Town Lake:

For those who don't know, the Tempe Town Lake is a gigantic fake lake built in the (usually dry) riverbed of the Salt River between Phoenix and Tempe. It was originally filled with Colorado River water, because Tempe did not have water rights to water from the Salt (which is retained mostly in a reservoir in the mountains behind Roosevelt Dam). Now I believe it's Salt River water, after the little dams which built it burst and sent all the original water downstream to the Gila River.