Most of my photos are, of course, taken in North America, since that's where I live and the furthest "abroad" I've been is the Caribbean. I decided to delve into the archives...

This is me "standing on the corner in Winslow, Arizona":
Yes, it does exist.

Happy 4th of July to everyone in the States!

I don't travel a lot, so my pics of North America are limited to the United States.

One great way to see the States is to visit the National Parks. I'm lucky enough to live fairly close to one: Mount Rainier National Park. This is a view of Mt. Rainier, taken on the trail near the southern park boundary, just below the saddle at Pinnacle Peak. 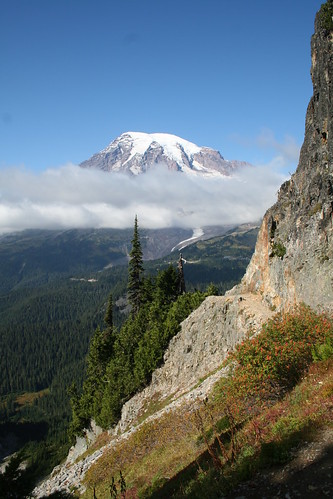 I have had 2 marvellous trips to The States so I didn't know which of my souveneirs to share with you all.  Then I realised I had the perfect picture on my bedroom wall to share.

In 1989 we went to Willaimsburg and they were printing out copies of The Declaration of Independence, which they were selling for a quarter ... uless you were a Brit. Then we were given a copy free!

Here it is on the wall-

When I saw the Europe prompt I wondered what I could do ... even though I live here!

Then I realised I have moved to a city that has a Cathedral that was finished by the year 1400.  Church architecture is certainly fairly unique to Europe -

Seems like a good day to post on this theme! I hope those of you in the relevant part of North America are having a good celebratory day.

This is the replica ship built in Bristol in 1996, in time to to repeat John Cabot's voyage to 'America' in 1497 for it five hundredth annivesary: the Matthew. It may not be a perfect copy (there are no detailed records of the Matthew), but her tonnage is known, and that she was sailed by only 18 men, so this is the right type and size of ship. Their landing point is disputed, but is likely somewhere on Newfoundland. (I love the wikipedia notes that Cabot claimed the land for the King of England, but also raised papal and Venetian banners. *g* Bet-hedger.)

I don't usually post photos here which have been edited, but I have to confess this is a cropped out and tweaked version of the original (below the cut). The Matthew is so tiny compared with the SS Great Britain next to her, and it was such a dark day, and I was taking this photo from an open topped bus, so I thought the Matthew deserved a little special treatment, or you might not even see her!

I've not travelled to North America - and, this time, neither has my camera toting daughter. I did think of posting a picture of a burger in a bun(!) - but thought this might be more interesting. 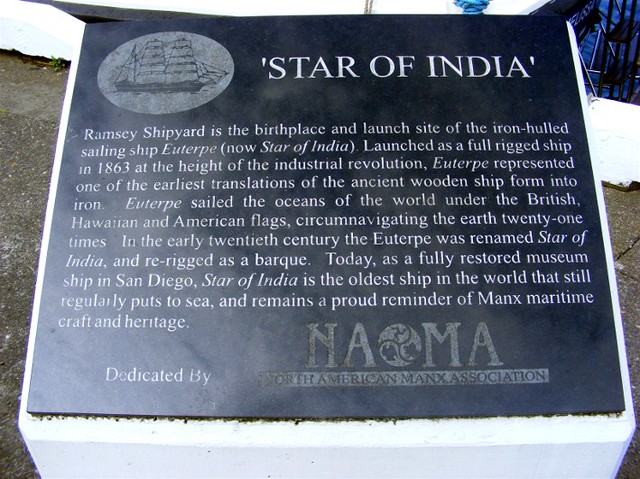 Fairly self-explanatory I think - the famous Star of India which is now San Diego harbour was built in the small town on the Isle-of-Man where I grew up. Plaque erected by the North American Manx Association.

And North America also makes me think of this - 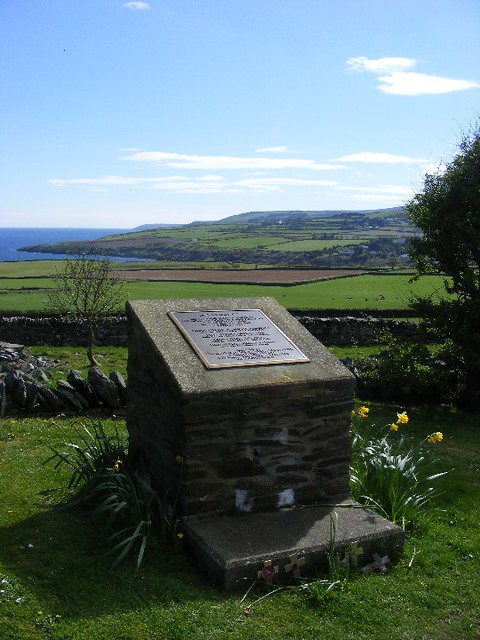 Here is a close up ( Collapse )
Collapse