Again, having never been to Africa; this is all that I could think of: 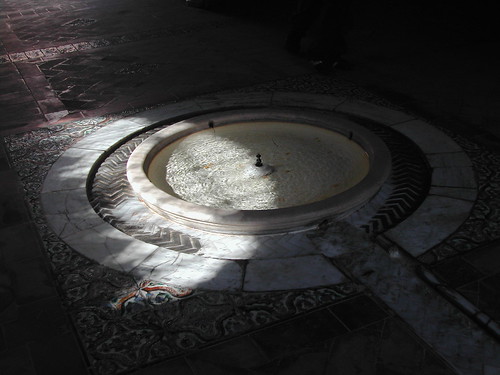 This is a Moorish fountain from the Alcazar in Seville, Spain. The Alcazar is a royal palace, but was originally a Moorish fort. The Almohades were the first to build a palace, which was called Al-Muwarak, on the site of the modern day Alcázar. The palace is one of the best remaining examples of mudéjar architecture.
Collapse