Here are the supplements I take to (hopefully) preserve my health. I had turmeric on the spice shelf, and decided to start making my own capsules and take one daily because it's supposed to be a good anti-inflammatory. 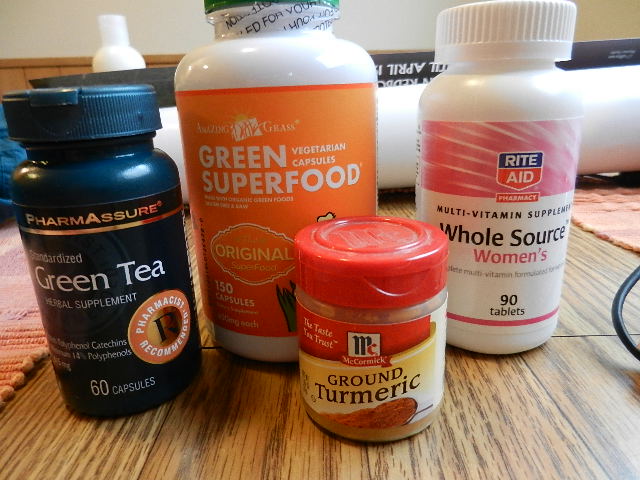 This one has a double meaning, as it's a photo I took of preserves--in the form of pickles--that were in turn preserved by, well, mud.  These came from an excavation of the steamboat Arabia, which hit a snag and sank in the Missouri River near Kansas City in 1856.

It's amazing to me that after all this time, they still look good enough to eat!

The shipwreck was discovered in 1988, after the river had changed course, buried in a farmer's field. Parts of the ship and the cargo it was carrying are now on display in a museum in Kansas City. The level of preservation of the relics, due to the anaerobic conditions of the mud, is astounding, to say the least. More about the Steamboat Arabia here, if you're interested.

(The ketchup may have been walnut or mushroom ketchup, judging by its color--in the 1800s, ketchup wasn't solely a tomato-based condiment like it is now and Wells & Provost were also known for those varieties of ketchup. And more trivia: the brother of Stephen Provost of Wells & Provost eventually moved to California, where he started a company that would eventually become Del Monte, a well known canned food manufacturer here in the U.S. I have cans of Del Monte green beans in my pantry. There's an interesting blog post about the pickles and the Steamboat Arabia in general, here. And I'll shut up now... get me started on that era in American history and I don't know when to quit...)

What do you do when this is your harvest? 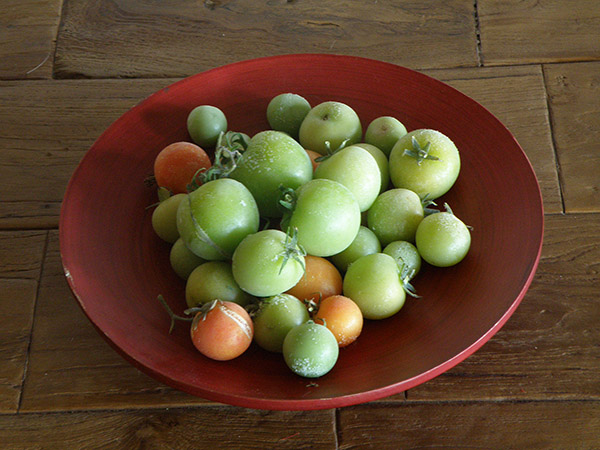 You preserve it by making green tomato chutney... 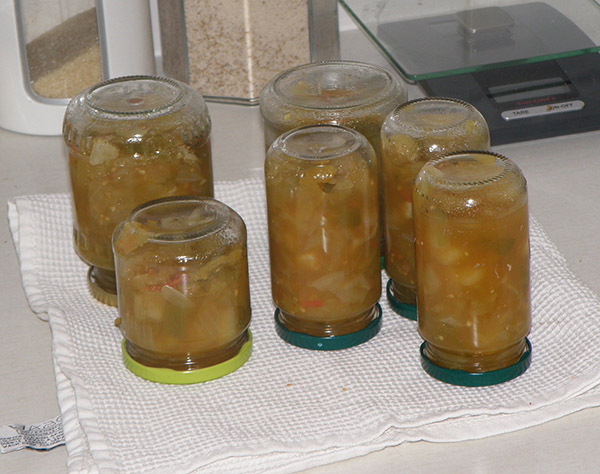 (That was 2011; last year's five tomatoes are in the freezer, awaiting company. This year I'm putting the tomatoes in a mini greenhouse).
Collapse