My old University, Heidelberg, was renowned to be a center of democratic thinking during the Weimarer republic. At the time, the "new University" was built in the old city center, a building housing many lecture rooms and some faculties to relieve the faculties housed in cramped buildings scattered all over the old city center, mostly dating back to the 18th century. This building was  inscribed with what then became the motto of the Universtiy, "Dem Lebendigen Geist". While this builiding is still called "New University", it's part of the "old University" today where the human and law sciences are situated, while the nature sciences and most of the medical faculties moved to a newly-built campus outside of town in the 1960s. Since some years, the motto has found a beautiful and very impressive new interpretation:

The letters are about 6ft 6 high, and in warm weather often students are to be seen sitting leaning against them or on them, reading or taking a break. Translating that motto is a bit difficult, I'm afraid; according to an article, a rough translation would be "to the creative mind". But particularly keeping its origin in mind, it would also mean the free, unencumbered mind, to the freedom of thinking, particularly outside the box.
( Collapse ) 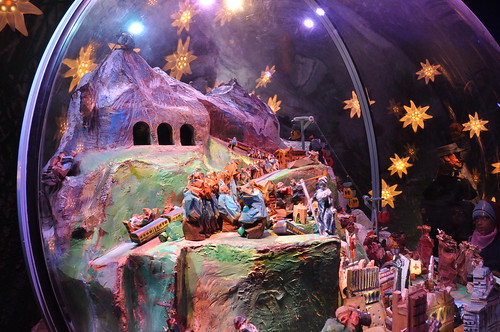 Well, as we had Words last week, how about Space(s) this week?
Collapse