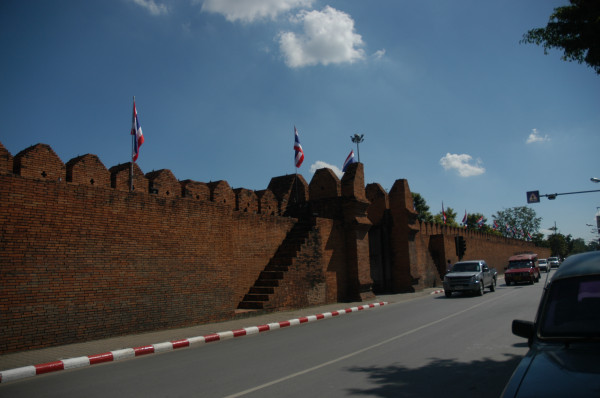 This is the Tha Phae Gate, In the wall that originally enclosed the Thai city of Chiang Mai. It was built in the 13th century to protect the city from invasions by the Burmese. Originally the fortifications consisted of 2 walls like this, with a moat between them. The city within the walls is a mile square, and each section of the wall had a central gate. Much of the wall has slowly degraded, until this section, and one other, are the only parts still standing in entirety. The stairs on either side of the gate gave access to the battlements.
tha
( Collapse )
Collapse