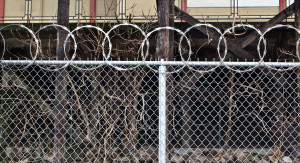 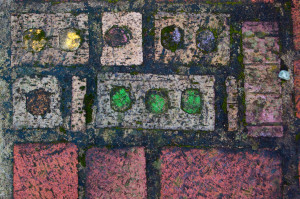 don't tell my family i've posted them here, but this prompt was incredibly difficult for me.  i tried to find squares i had photographed - but i was coming up with nothing which is hilarious since i learned to photograph in square format (so i do have many photos cropped to a square but felt that was too far outside the concept).  so i tried to find places that are squares (like the times square photos), but all i could find were plazas!  then i thought - a ha!  i'll find the concept of square, like "he's so square" (that's the hippy side of me coming out).  well that fell flat also.  so here i am left with this (the only other square was a photo of a framed artwork in a hotel room that had a square frame - i was desperate, but not that desperate).

this is from one of the last visits we took to our local dairy that puts on an outdoor christmas holiday event.  the kids are too old for it now (obviously one of them is already in this photo). 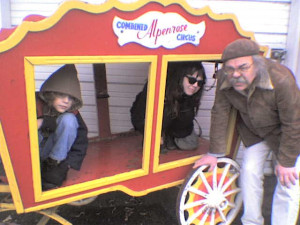