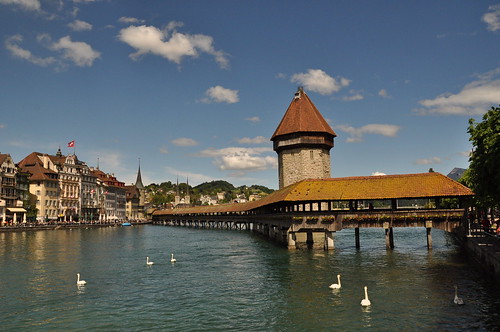 This is a picture of two bridges that join two countries - the bridges join Both Sides The Tweed. So England is on the left, and Scotland on the right. The furthest bridge is the older one, built between 1611 and 1624, the nearer one was built when motor traffic became more common, in the 1920s. (And yes, I'm crossing the third bridge in Berwick upon Tweed, by train.)

And, closer to home, here is the swing bridge over Ramsey harbour -