(I do have some pictures not of sculpture, but it seems to be meeting prompts ever so nicely just now!)

So, this is quite an unexpected sculpture, even for a tombstone, I think. There's something about the hand, and also the stone stub that's needed to keep the fingers/thumb structurally sound, that looks quite odd. Especially so in context - this is the musee Rodin, and Rodin is typically associated with big bronze figures, not bits in marble. At least in my head, he is.

But it's also my photo for unexpected because of what's barely visible behind it. That wall there has two van Goghs and a Monet. Rodin liked their stuff, so, you know, just a few paintings hanging about. I had no idea they were there. Lots of reasons to visit this museum (garden, cafe, sense of space in central Paris, not to mention Rodin's more typical stuff), but the paintings are almost worth the admission alone!

I saw this gentleman(!) when I came around a corner in a small village the other day... 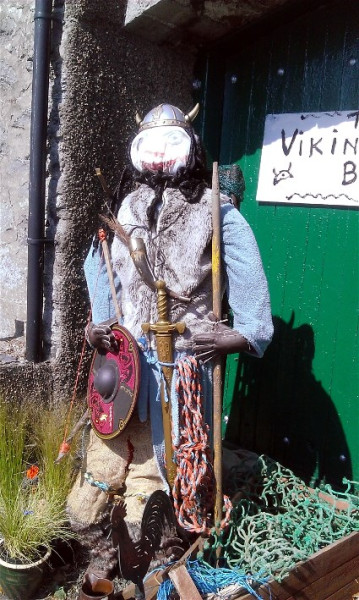 I certainly wasn't expecting that!
Collapse