I was the STAR of my fourth grade play in 1965, "The Half Pint Cowgirl". I am rather small now (4'10"), so you can imagine how microscopic I was at 9 years old. But even the smallest person can change the course of the future! In the play, I shared my sandwich with a hungry Indian girl, the chief became my friend, and so they saved me when cattle rustlers tried to tie me up. And then we brought the rustlers into town, and all the townsfolk and Indians became friends. It was such a cute play, and I still have the script.

The photo under the cut is of our entire class/cast, and I'm the teensy STARRING cowgirl right in the middle. (The even tinier girl on the left of the photo is the teacher's daughter.) Amazingly, I still remember the names of some of my classmates.

I love Paris and I love stained glass, so this is one of my favorite places in the world... 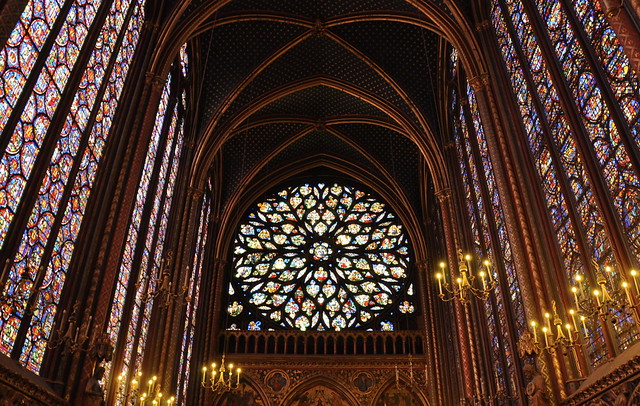