Here are a few bottles I have collected over the years. 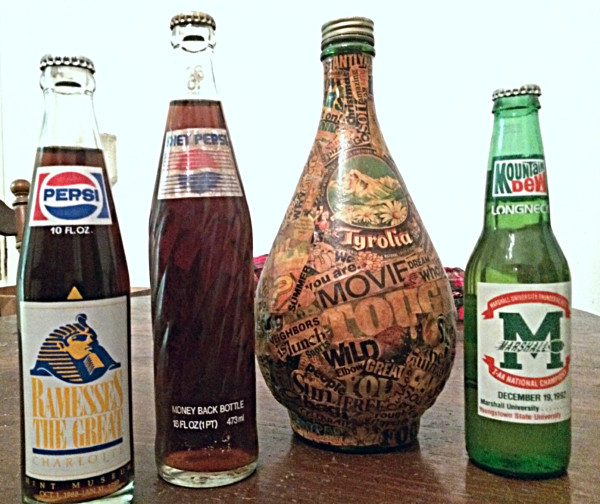 The first one is a commemorative bottle from an exhibit at the Mint Museum in Charlotte, NC in 1988.  The
exhibit was called  Ramesses II:  The Pharoah and his Time .  The items on display came for the Museum in Cairo.
I don't know, but I'd guess Pepsi was a sponsor?

The scond one is just a very old Diet Pepsi bottle that my son insisted on keeping because at that point, it was getting
difficult to find Diet Pepsi in glass bottles.

The third one is a Tyrolia Wine bottle. (seriously cheap wine from my youth and I have no idea if you can still buy it or not.)
I covered it in small pieces of paper from magazines and newspapers, all of which meant something to me at the time,
(I was in high school so heaven only knows what they meant and I hope I don't remember.). It's a bit of Decoupage.

The fourth one is Mountain Dew.  The bottle has the name of a state college in our area on it, Marshall University.  My son eventually went there for college but way before that, Brad Dorff, aka Grimma Wormtougue, went there.  At the time I saved this bottle, there
must have been a good reason for doing so but now, I have no idea what that was.

.
I went to Wallington Hall, last week. It has the most beautiful walled garden and the interior of the house is really interesting, too.

These bottles were in a cupboard in the kitchen. 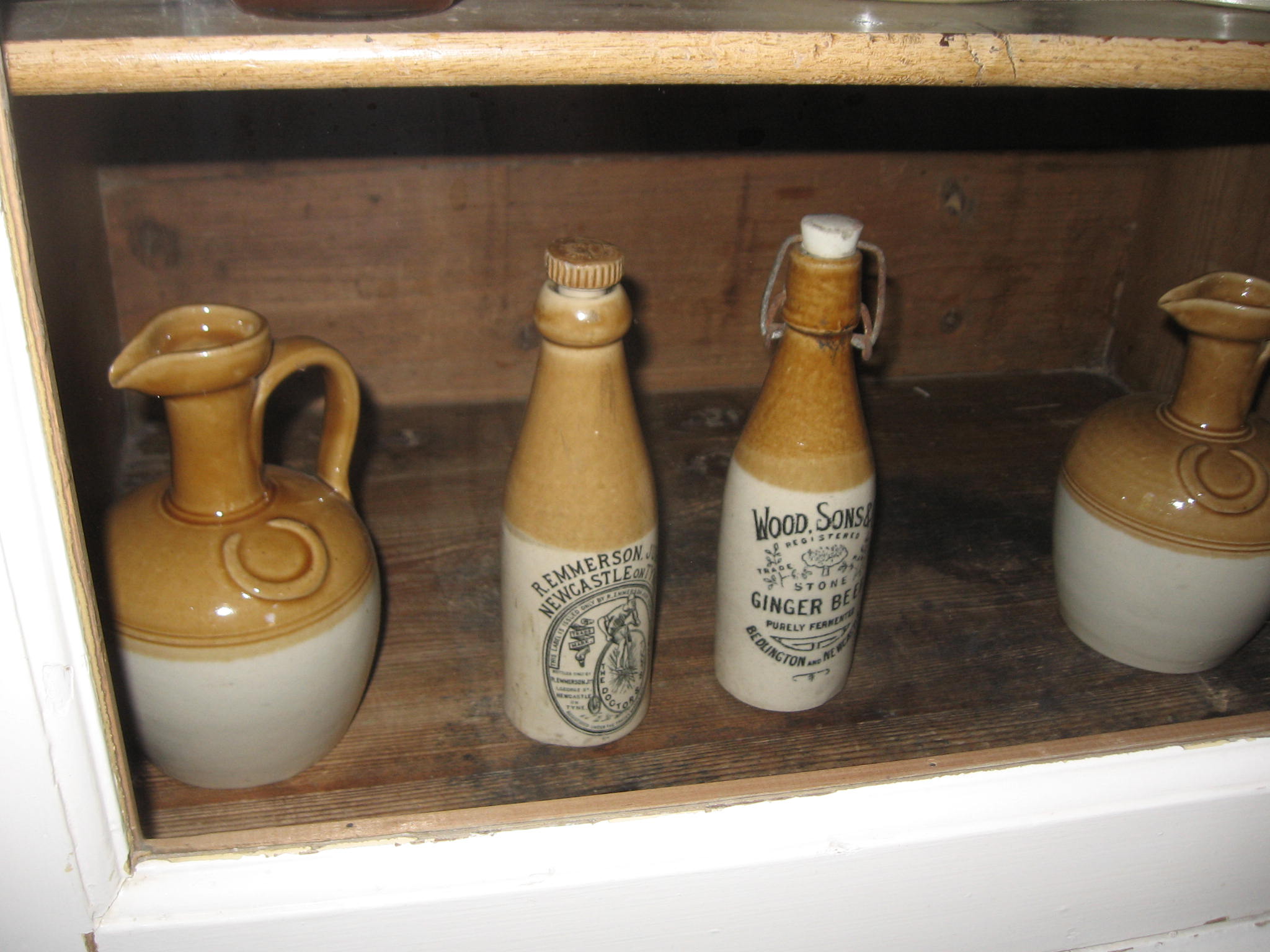 The kitchen also had a wonderful cast iron range covered in pots and kettles, but someone had left an incongruous vacuum cleaner on the rag rug in front of it *g*

And this picture of bottles with marbles in their necks was taken through the window of a house in the grounds. 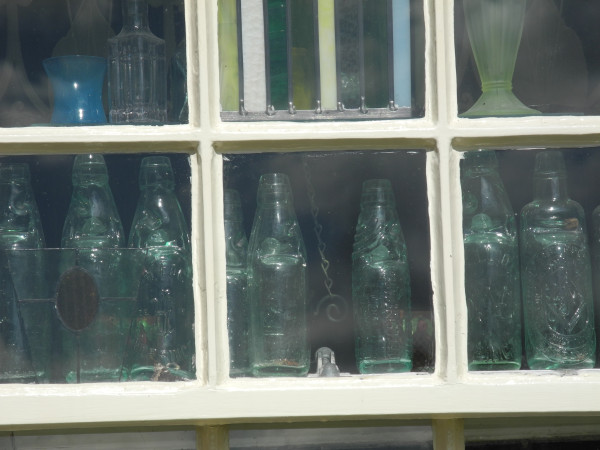 Did someone say bottles?

My curio, with mostly my bitters and antiques, as well as some various wine and milk bottles:

Closeup of the miniature (replica) bitters, all Wheaton glass:

Mosel Kat Reisling wine bottles (and it's good wine, too):

(They re-issue these once in a while, usually around Halloween.)

This week's challenge topic is keys. One key would be acceptable, of course :)
Collapse