I had a terrible time coming up with an idea for this one, but I finally did. I have a lot of grackles and starlings that come to my deck to eat the seeds the squirrels - who are adorable but horrendously messy - strew everywhere. They're iridescent but essentially black, so suddenly the old nursery rhyme line came to me: Four and twenty blackbirds, baked in a pie. Aha! I thought. I'll photograph the flock and there's my response: pie filling. Except with the weather improving they're coming around less, and they also spook really easily. With the squirrels and most of the birds I can open the back door and shoot through the storm door, so there's only one pane of glass between me and my subject. These guys scatter if they even see movement behind the doors, so opening even one is impossible. Finally this afternoon I got a picture of one lone grackle who showed up to dine and didn't care that I was there. The double glass was not my friend, however, so in the end I deleted all the color and essentially went the b&w route. So here's 1/24 of a pie, and he's looking decidedly grumpy at his fate.

Fine selection of pies in our local shop - 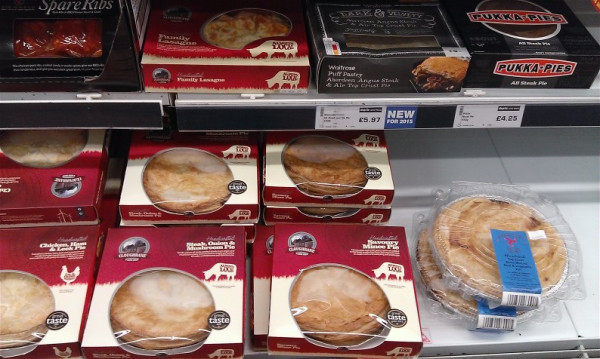 And you know what they say some pie are squared... 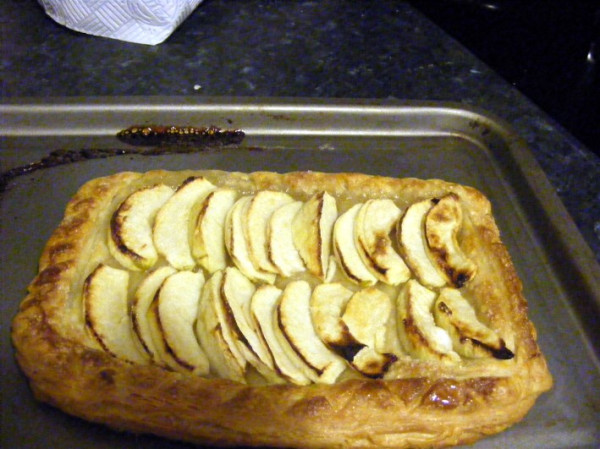 That's one I made earlier today. OK - depends on your definition of a pie - but it is apples and pastry so I reckon it is a pie!

The random word generator for this week came up with Humanity....
Collapse