.
He is River God Tyne 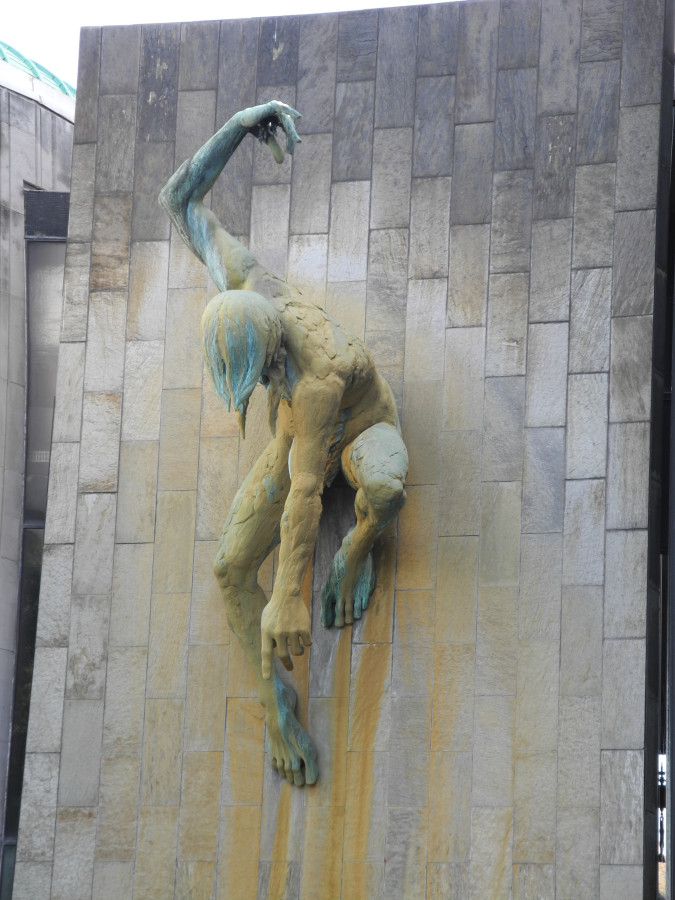 A bronze sculpture by David Wynne attached to the wall of the Newcastle Civic Centre when it was built in 1968.

It was apparently developed from the design of one of eight masks representing major rivers on the front of Somerset House, London, dating from 1786.

I like him for the strength obvious in the lines of his form and the pose, which could be seen as either judgement or blessing. I remember when water flowed constantly over him to fall into a bowl below, but that was a few decades ago.
Collapse