The word this week is Hat

If I'd realised it was going to be the next random word I would have kept the picture of Bee in her bonnet for this week!

I spotted this samurai on horseback in the Jidai Matsuri parade of 2009 (it's an annual festival in Kyoto, Japan). He wore traditional armour and the most awesome kabuto (helmet) ever!

Wikipedia says that horned helmets like this one were worn by military commanders so that they could be distinguished as such in battle. It would certainly have made them easier to spot. 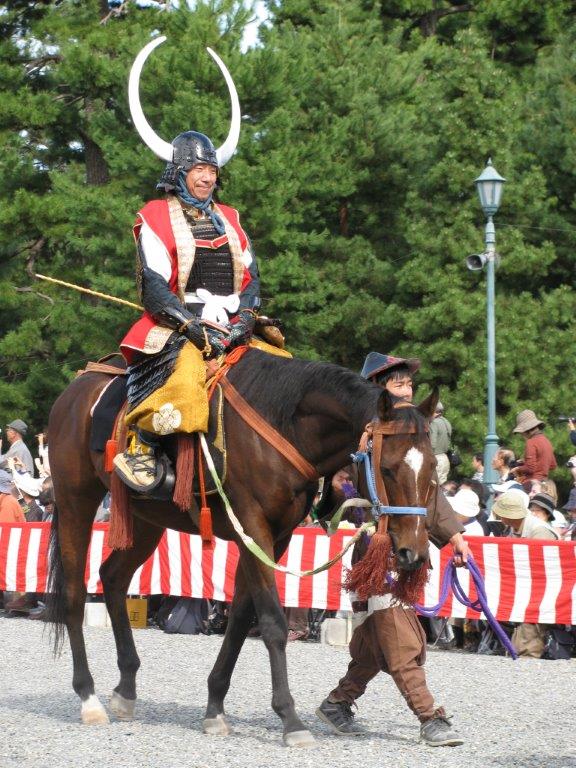 This parade participant looked very pleased indeed with his costume! I think it's safe to say he liked his 'hat' :-) The crescent-moon shape is graceful and surprisingly lovely. 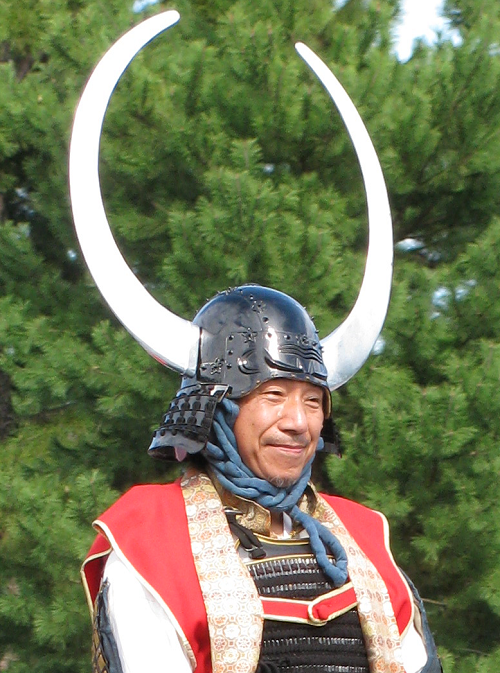