I guess the obvious thing to do with this prompt is to post two photos and heaven forbid I resist the temptation to be obvious, so...
This is Durham Cathedral, taken on an overcast day in August. 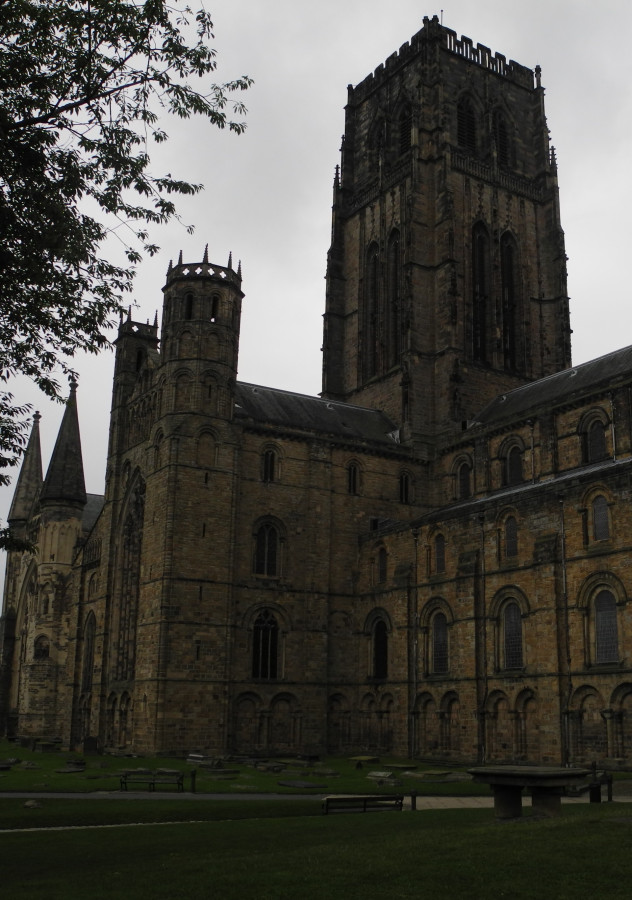 On the very far left, you might be able to see an arched space about half way up the wall. I went a bit closer but still had to use maximum zoom to get a good shot of it. 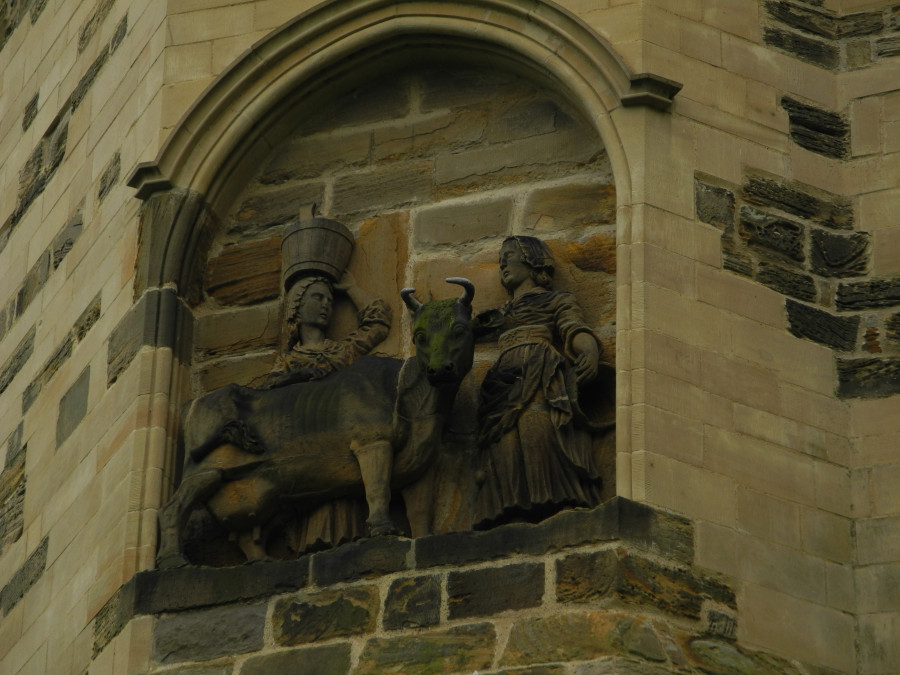 According to Wikipedia, the carving refers to the legend of the founding of the cathedral by the monks of Lindisfarne: "After repeated Viking raids, the monks fled Lindisfarne in AD 875, carrying St Cuthbert's relics with them. ... According to local legend, the monks followed two milk maids who were searching for a dun (i.e. brown) cow and were led into a peninsula formed by a loop in the River Wear. At this point Cuthbert's coffin became immovable. This trope of hagiography was offered for a sign that the new shrine should be built here."
Collapse