A contrast of architecture. In the foreground are the remains of the old city wall, built in the 13th century (much of it from stone scavenged from the Roman Hadrian's Wall, so they say). In the middle distance is the ceremonial gate at the entrance of Stowell Street and behind is an office block built in the last 10 years. 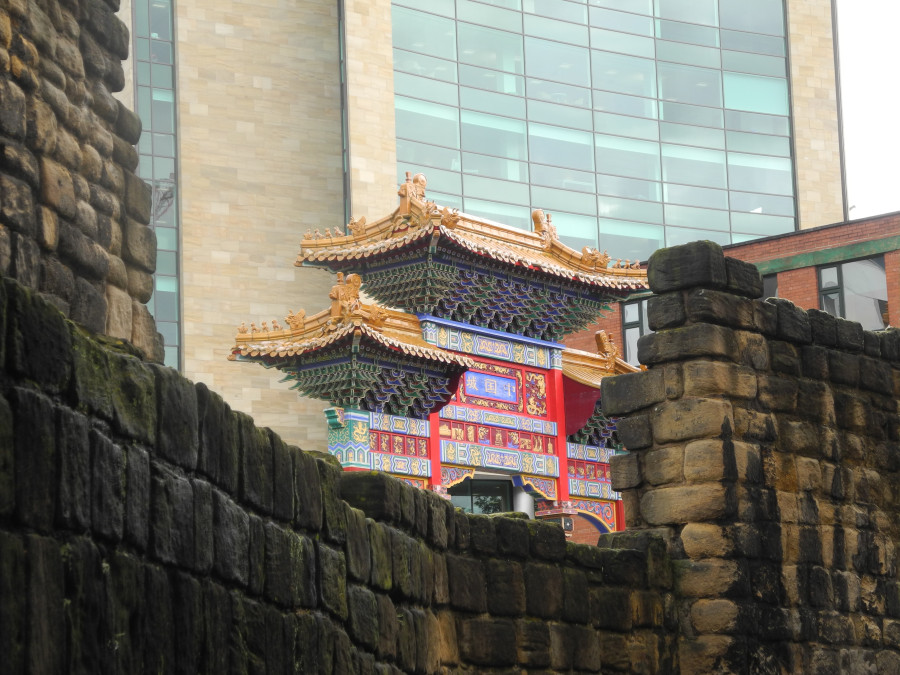