So many options to choose from... but I went with this one because it happens to be the background on my desktop at the moment. Taken on my phone at the Redmond Watershed Preserve... not too far from my house and one of my favorite places to go walking outside. 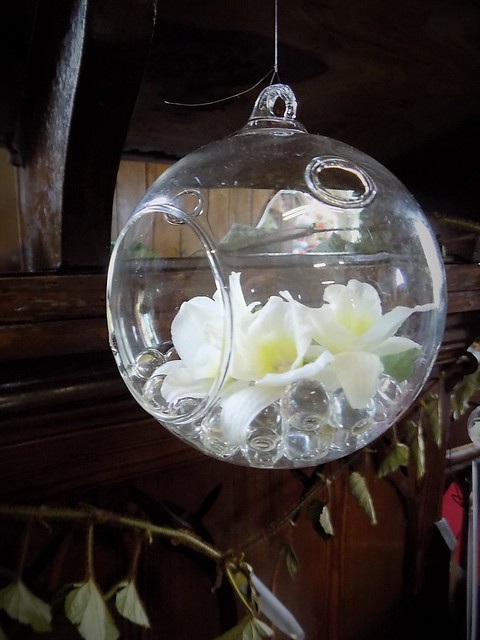 After 'inside' it seems only reasonable to go with outside for this week.

Back in November, when I was having an area of my garden cleared ready for my proposed summerhouse base to be laid, my gardener brought to my attention that there was an abandoned nest with eggs in the box on the dead tree that was to be removed.  I asked him if he was certain it was abandoned, and he gave me an old fashioned look and said, yes, it's November and these eggs are freezing!

So we took the box off, removed the tree and that was that.  But I did take a picture of the inside... so sad.  I bet it was the fault of that pesky cat that is not only using my flower beds as a toilet, but also killing everything in sight in my garden!  It's relatively new to the area, and I found bodies all through the summer last year - even a big crow!  It doesn't just go for birds - I've found a mutilated frog too...  I did keep the hose on standby for a while, and I WOULD have hosed it if I had seen it stalking. 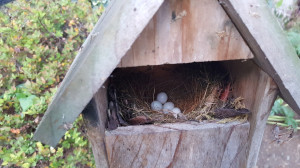