I have hundreds of close-ups of small details maybe another prompt will let me use some of those. But what I most enjoy snapping day-to-day are pics of a wider perspective of the architectural details around where I am walking. (Brooklyn was its own city back before the American Revolution--settled first by the Dutch in early 1600's, taken by the British in 1694, and finally exploded as an overflow of Manhattan after the Brooklyn Bridge opened in 1880, annexed by New York City in 1898. The neat thing about its independent development is much more so than other NYC boroughs it has its own infrastructure--parks, museums, libraries, universities, etc.)

But it has maintained distinct and identifiable residential styles from one neighborhood to another--urban but with a warm and human feeling to it. (Huge swaths of the areas I have lived in within Brooklyn are protected under law as historic districts--they cannot be destroyed to make parking lots or skyscrapers, alterations within and without are controlled also.)

The areas below are part of my regular stomping grounds.

Sunset Park Brooklyn (where I lived for four years) 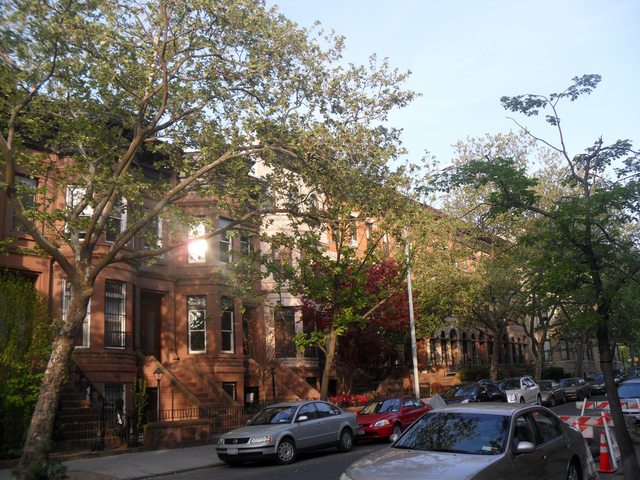 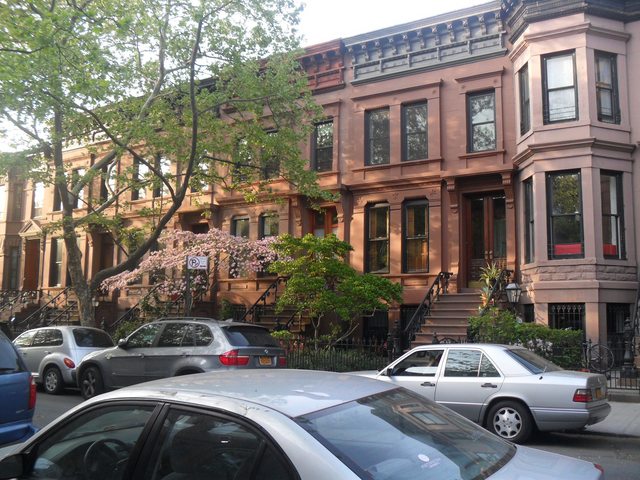 Park Slope Brooklyn (where I lived for at least 10 years). 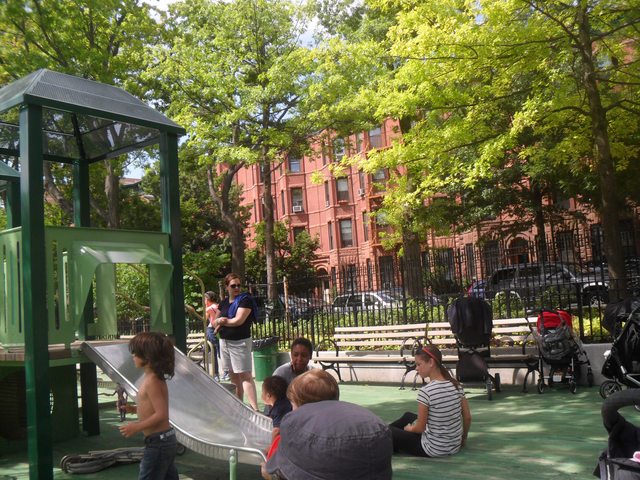 This sink is from a house built by 2 spinster cousins at the end of the 1700's ... they had been on the Grande Tour, and built their house to home all the things they had bought.

This is a close-up of part of a fireplace in Saltram House, Cornwall ... Androcles & the lion

Oooops - I am late, sorry.  It was actually my Birthday on Sunday, and I have had a lovely, but hectic weekend.

So, let's again have the challenge - CELEBRATE ... to continue on my "party"

Well, I did say I had a great couple of days ... but it actually started with a meal (and cocktails) on Friday night ... so am going to cheat and post a picture of me and my baby brother, rather than a photo taken by me

I am having trouble choosing only a couple. (Since, of course, I have thousands on my hard drive.) 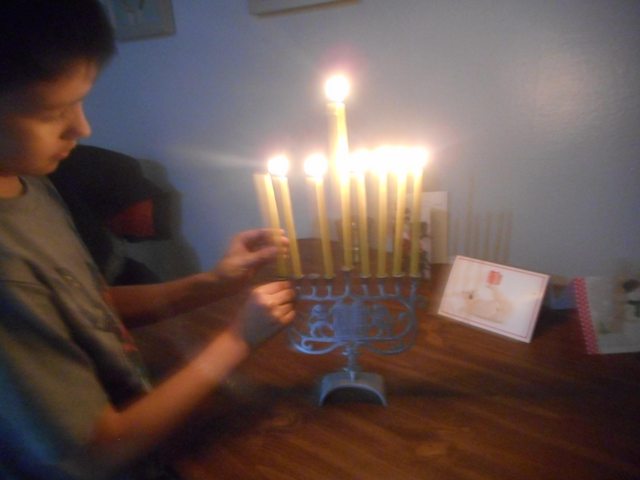 Eight-day Jewish celebration known as Hanukkah or Festival of Lights--my grandson loves to light the candles! 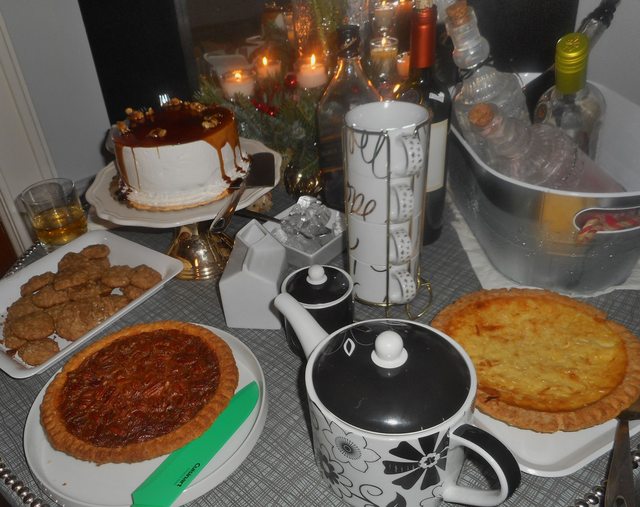 In a restaurant celebrating out-of-town visitors. . . 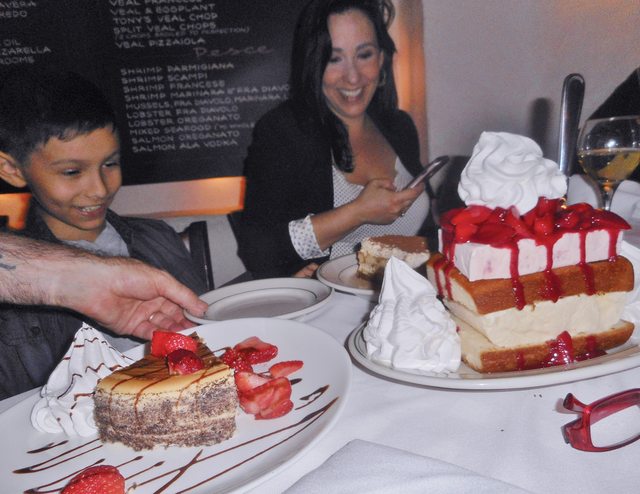 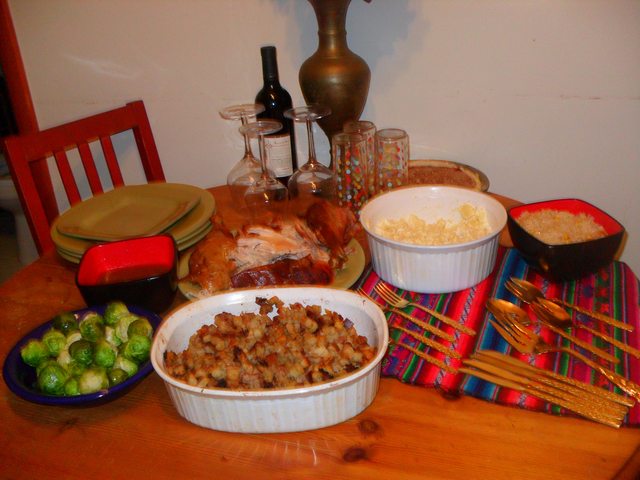 We're all used to seeing the temples of Egypt as pale stone but they were originally brightly coloured. I took the shot below when on holiday there. The paintwork had been protected because it was on the underside of a door frame. Yes. That is the original paint. 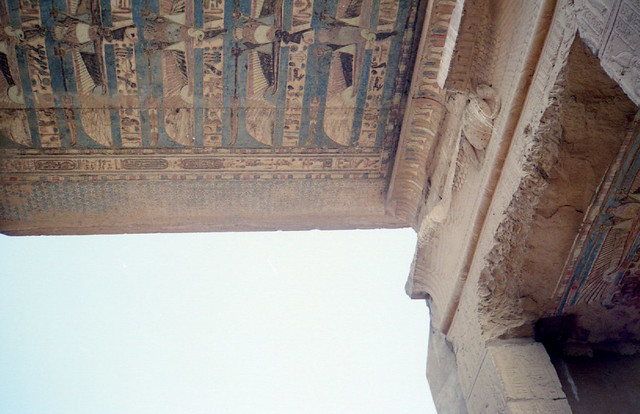 Some interesting details from a lens test earlier this year - unfortunately the sensor had some dirt on it for some of the shots, showing as a slightly blurry dark blob.

Decorative dragons over a bay window, a hotel opposite Hyde Park 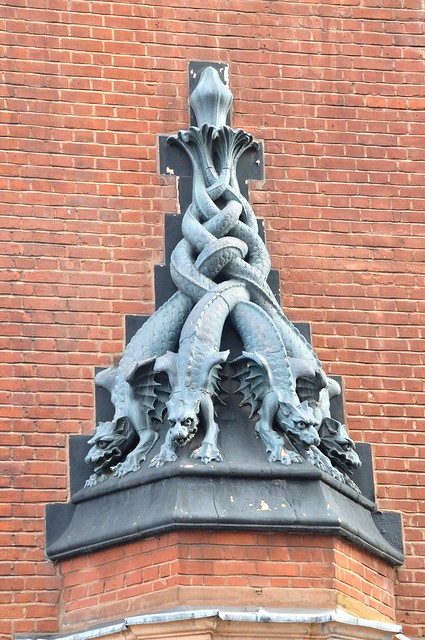