I can't believe I have fallen so far behind, so here is the first bit of catch up.

Celebrate
There were plenty of celebrations this month. It was my birthday - no photos of that. Millions of people celebrated England getting to the semi-final of The World Cup - no photos of that, either. The Baltic Art Centre swathed Grey's Monument in the coloured ribbons of a "Workers Maypole" in what was called "an act of celebration that brings focus to the values at the heart of the North and pays tribute to achievements for equality" which I thought was a bit long-winded, but the result is fun. 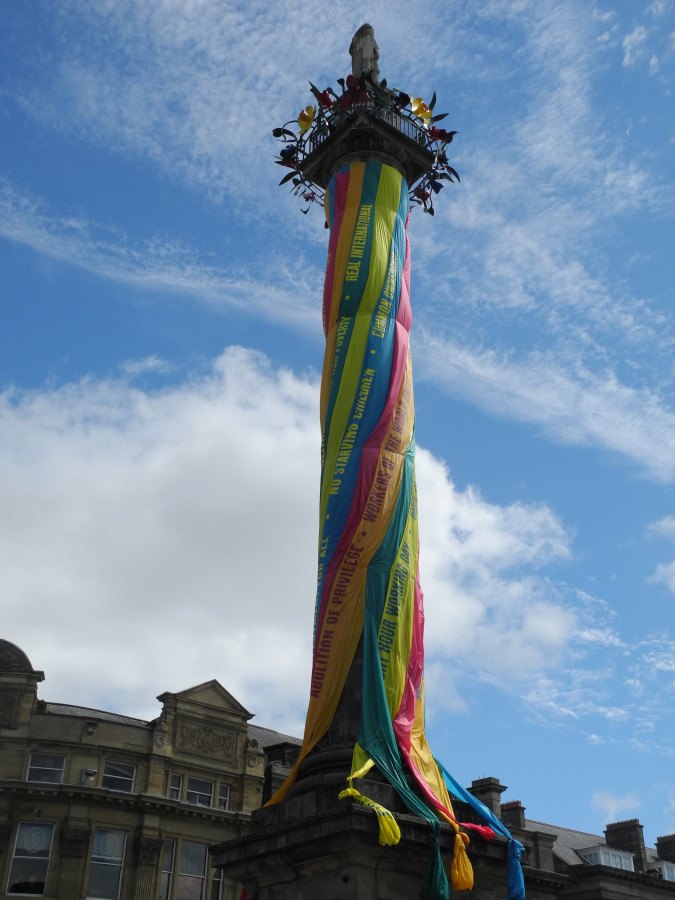 And at the north end of town there have been hundreds of young people in gowns and hoods, with their happy relatives, celebrating the successful conclusion of their university studies. 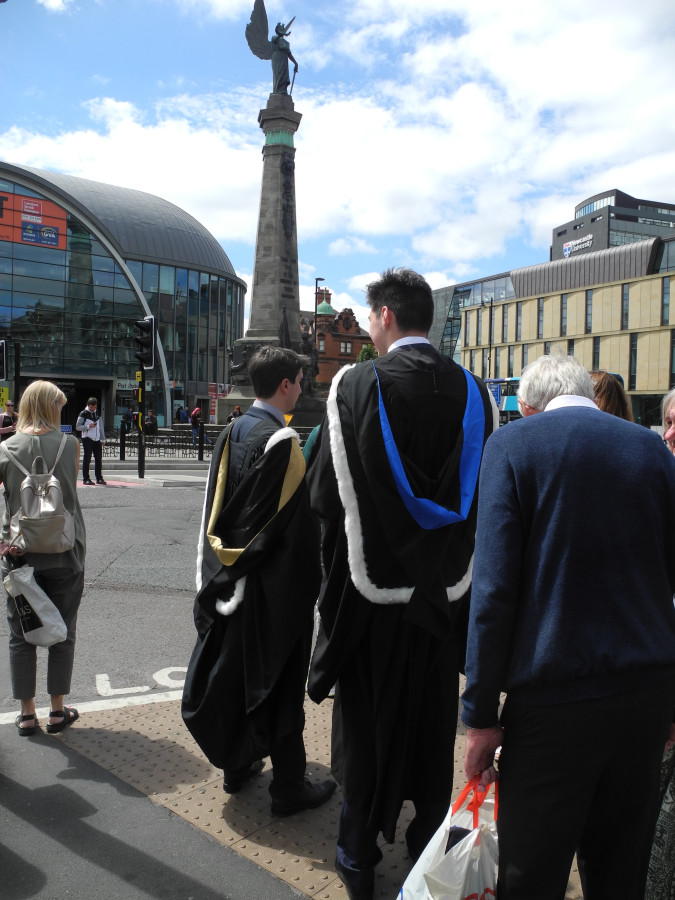 Shade
This is an old photo, from September 2013, but I like the way the light and shade work together to draw the eye down to the white van under the arch at the end of the lane. 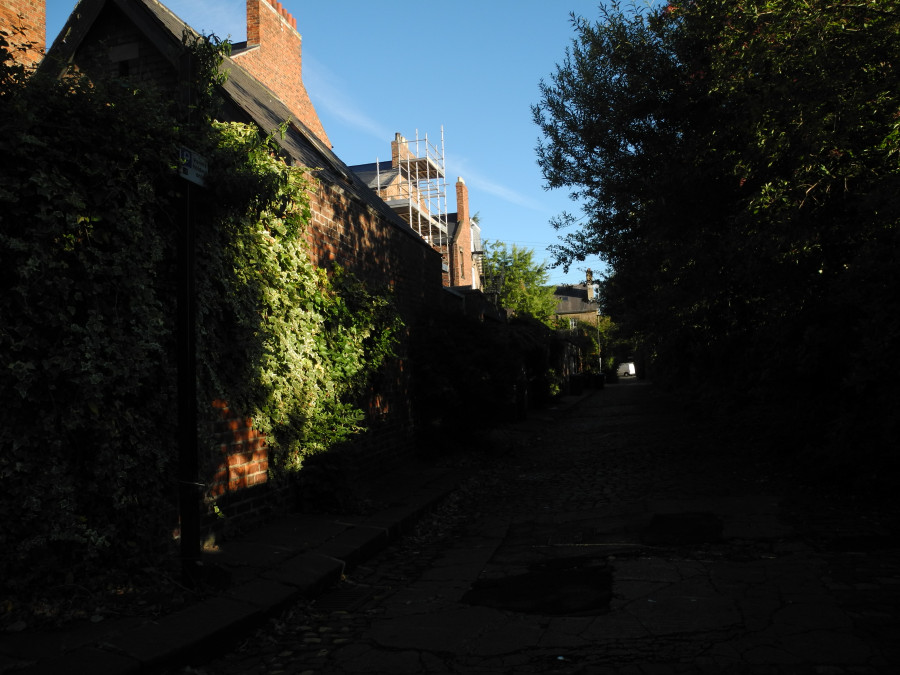 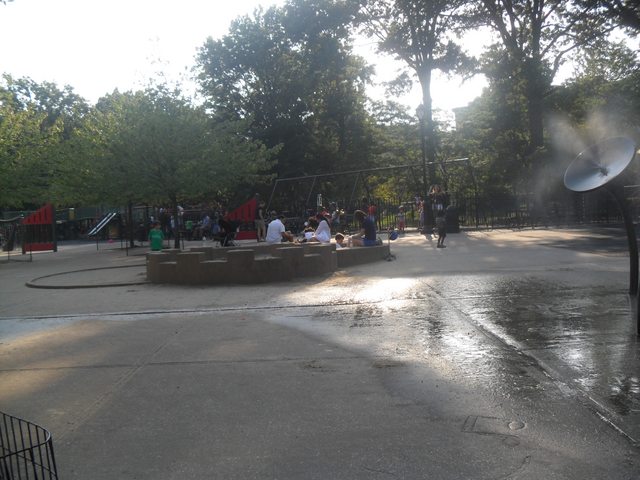 Prospect Park -- one of a few children's playgrounds there.

Like many of our fluffy-family, Jiffy has been struggling. I put the towel out for him, not that he always uses it. But this was taken last weekend, as he tried to cool down after falling asleep in the sun

I do love the summer ... providing we get nice weather as I love visiting new places (or "old" in this case). This is my friend, Christine, taken a couple of weeks ago when we went for the day to Cotehele House, in Cornwall

A few weeks back I posted a photo of myself and my brother having a drink ... well, here was another photo taken on that evening of the cocktail that we both had (well, actually we each had 2!!)