I think I am going t continue with the scattergories theme.

So this week your subject is Things that are square.

I'll use 'Square things' as the tag.

This is the Smelt Monument in Castletown. 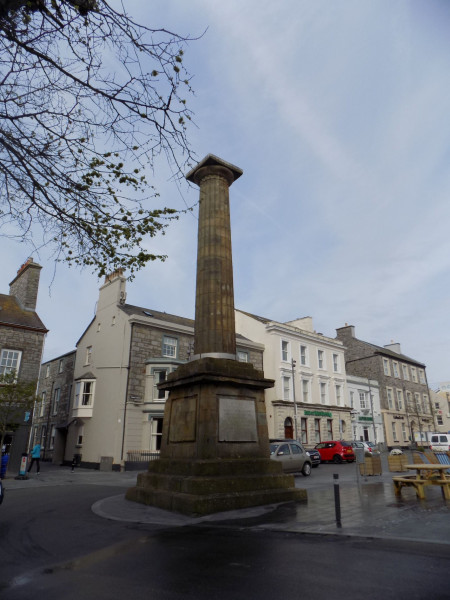 You may have noticed (!) that it is a column with nothing on top of it. The idea was to put up a monument to Cornelius Smelt, Lieutenant Governor of the island 1795-1832 and noted for not letting the Athols (who were the island's overlords) asset-strip it.

The public raised the money, but took so long raising enough for the column that by the time it came to putting something on top they had lost interest. So it is rather like the 4th plinth in Trafalgar Square in London.
Collapse